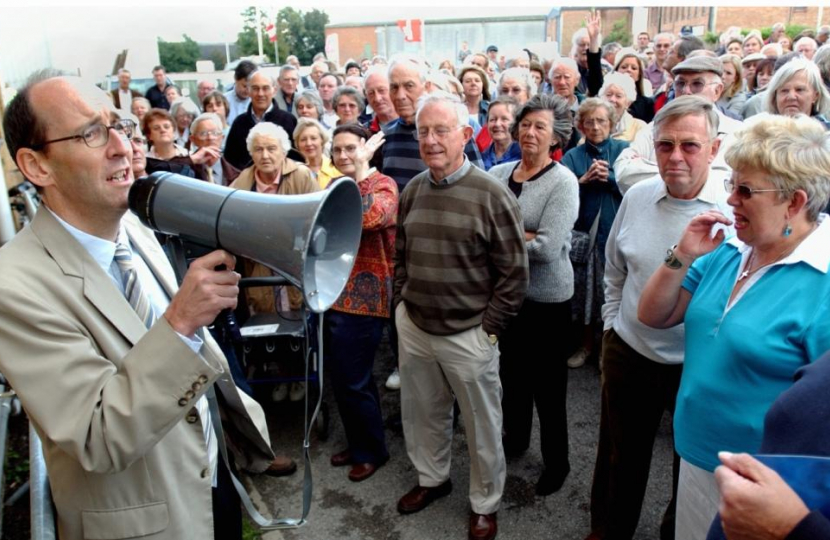 When the local St Richard’s hospital was threatened with being downgraded, Andrew launched a major campaign to prevent the loss of the vital departments.

A petition gathered over 120,000 signatures, and a number of local meetings and two huge rallies were held. After a three year battle, the major trauma A&E department was saved.

Photograph courtesy of the Chichester Observer